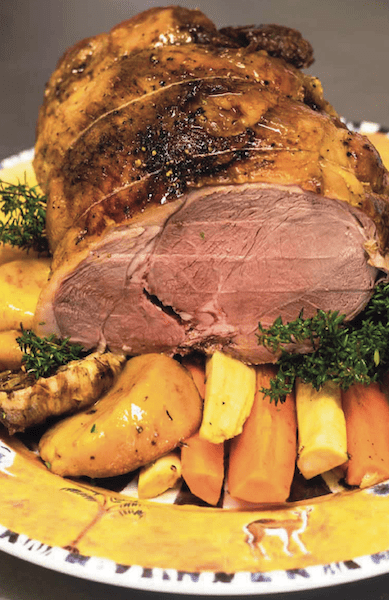 A hogget is a yearling sheep, delicious and increasingly recognised for its quality flavourful meat. Look for rare native breeds such as Soay, Hebridean or Shetland Hogget which has been raised naturally on pasture and you really will taste the difference. With Mediterranean flavours, this roast is perfect for early summer alfresco dining. Serve with wilted spring greens and new potatoes or a bowl of salad and crusty bread (depending on the weather!)(You can adjust this recipe to suit the seasons: Onions, Leeks, Parsnips, Fennel or Celery all work well in the roasting pan with the hogget).
By Sarah Mallon|2019-07-26T10:04:52+00:00July 17th, 2019|Uncategorized|